What sort of infrastructure and housing will be affected by a hurricane? Location intelligence provides practical answers to these and other questions before and after the event. Here, Hudson Insurance shares feedback from its experience in the United States. 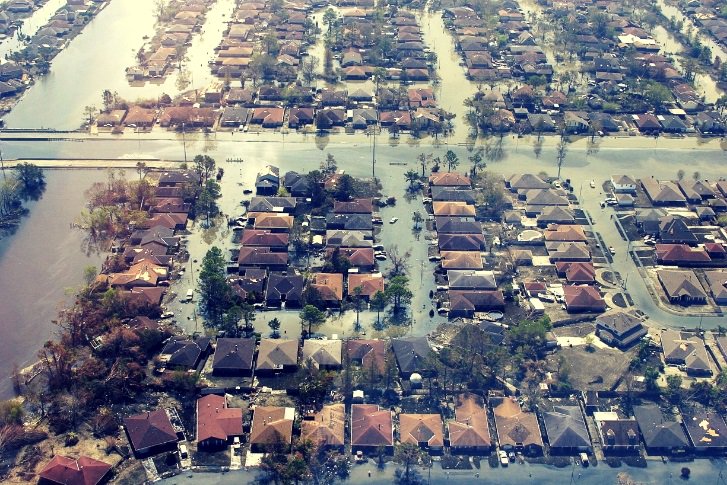 In September, Hurricane Florence made landfall on the coast of the Carolinas. The tropical storm left over 38 billion dollars’ worth of damage in its wake, as well as a huge management headache for insurers.

All the more so since the cost of natural disasters has never been as high as it was in 2017 [1] . All in all, 144 billion dollars of losses were paid out by insurers throughout the world last year. So what if companies could optimise disaster risk management and costs by using location intelligence?

Predicting the impact of climatic events with greater accuracy is now possible. In September 2017, when Hurricane Irma, with winds of almost 300 km/h, was about to hit Florida, the US insurer Hudson Insurance was able to see which policyholders were in the areas of greatest risk directly from their maps and therefore predict the extent of the catastrophe. “With location intelligence, we could quickly identify the clients who would be affected and what the cost of damage would be”, explained the insurer.

Better support for clients before and after the disaster

Type of housing, extent of cover, weather forecasts, equipment… Thanks to location intelligence, insurers can cross-reference a multitude of data and analyse it in a couple of clicks with its maps. And so, after Irma, Hudson Insurance could see very clearly which claims needed to be dealt with first, depending on how badly its policyholders were hit by the hurricane. The solution also allowed Hudson to easily check if the claims for compensation were definitely related to the hurricane. At the end of the day, this led to faster, more accurate and fairer pay-outs.

And insurers aren’t the only ones to take advantage of location intelligence to predict risks. To give you an example, one of the factories of an electronics component manufacturer lay right in the path of a very severe storm. Mapping enabled the group to put the required logistical operations in place before the storm hit and thereby limit the resulting damage. With today’s major climate changes, that is something of a must.